UPDATE: Github Actions API has been updated, See here for an updated version of what’s discussed below

A few weeks ago, I got invited into the limited beta for GitHub Actions. In case you’ve not heard of Actions before—it’s GitHub’s pitch for the future of continuous integration/deployment of GitHub repos. As has been said:

The future has arrived, it’s just not evenly distributed yet. –Apocryphal William Gibson

Is Actions the future? I don’t know, but after playing with the beta for a bit—I do think it’s pretty cool. Even for something relatively straightforward like building a Jekyll site—the immediate advanages are obvious.

Setting Up Your Workflow

Once we have access to Actions we can start things off by adding a do-stuff.workflow file in a .github directory sitting in the root of our repository. Github includes a little visual editor you can use to setup your workflow, but I found this to be more trouble than it was worth. Essentially: our workflow needs to identify itself, indicate a trigger, point to an action, and include any secrets or environment variables the action will need.

In the action directory we need a couple things: 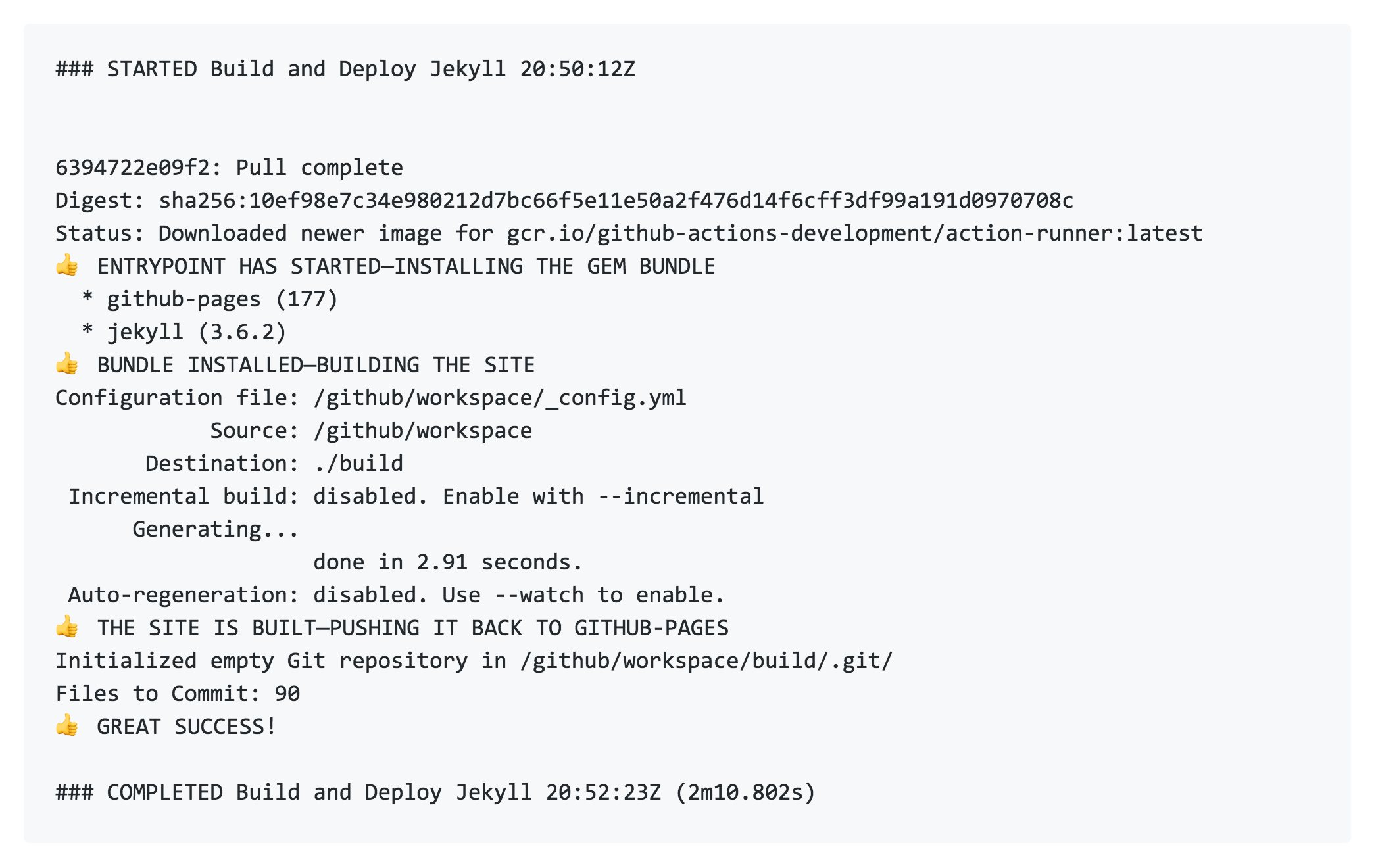 As mentioned above, I’ve put this action in its own public repository so anyone can point to it and use it to build and deploy their own Jekyll site. Or, just have a look around and see how I’ve sructured things—I’m sure there are efficiences I could make—if you have any suggestions, please let me know.